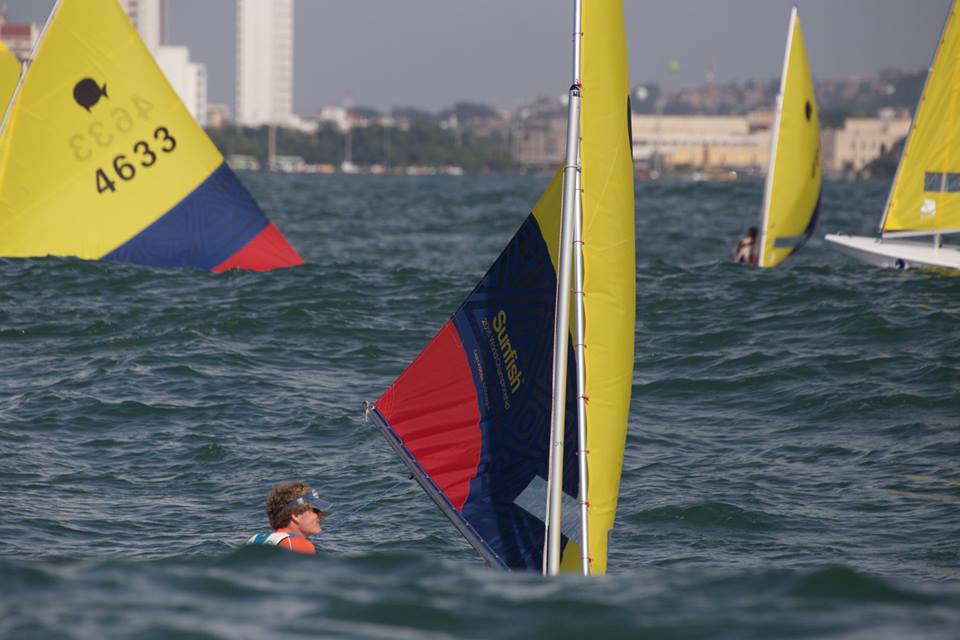 The Sunfish Worlds in Cartagena began with the Youth Worlds in an extraordinary setting.  A beautiful backdrop of the city skyline speckled with the Colombia colored sails and Caribbean sunsets that would take your breath away.   The Youth Worlds commenced with 8-12 knots breezes that would make any open water sailor salivate as 1-2 meter sea state made for fantastic sailing and surfing.
But as the regattas changed gears so did the conditions along with an impending threat of a hurricane suddenly formed and headed towards Panama about 275 miles to the west. 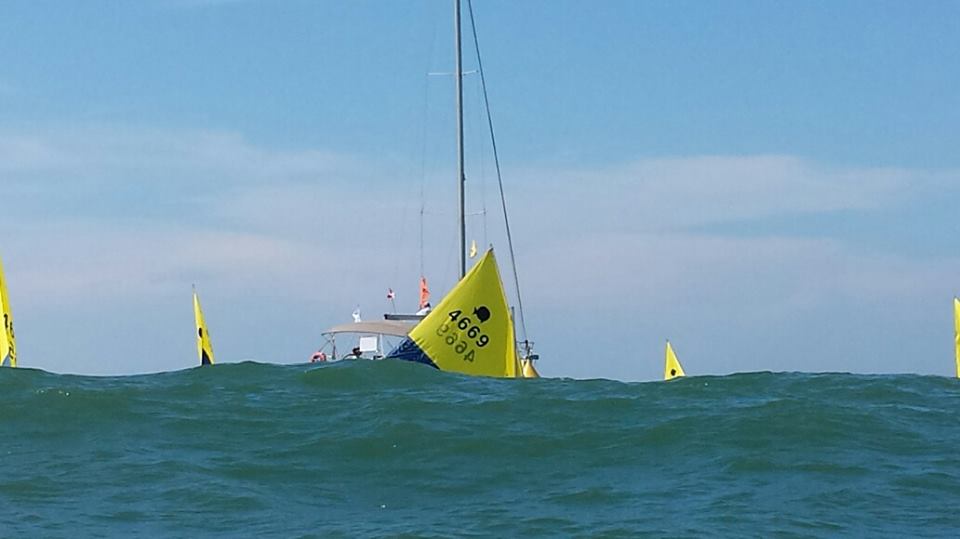 Day one showcased 10-12 foot ocean swells with 4-5 knots of breeze.  Suddenly one week removed from a “Super Moon” the flooding streets of Cartagena at high tide were a signal that the water would be moving out more acutely, amplified by lighter breezes. 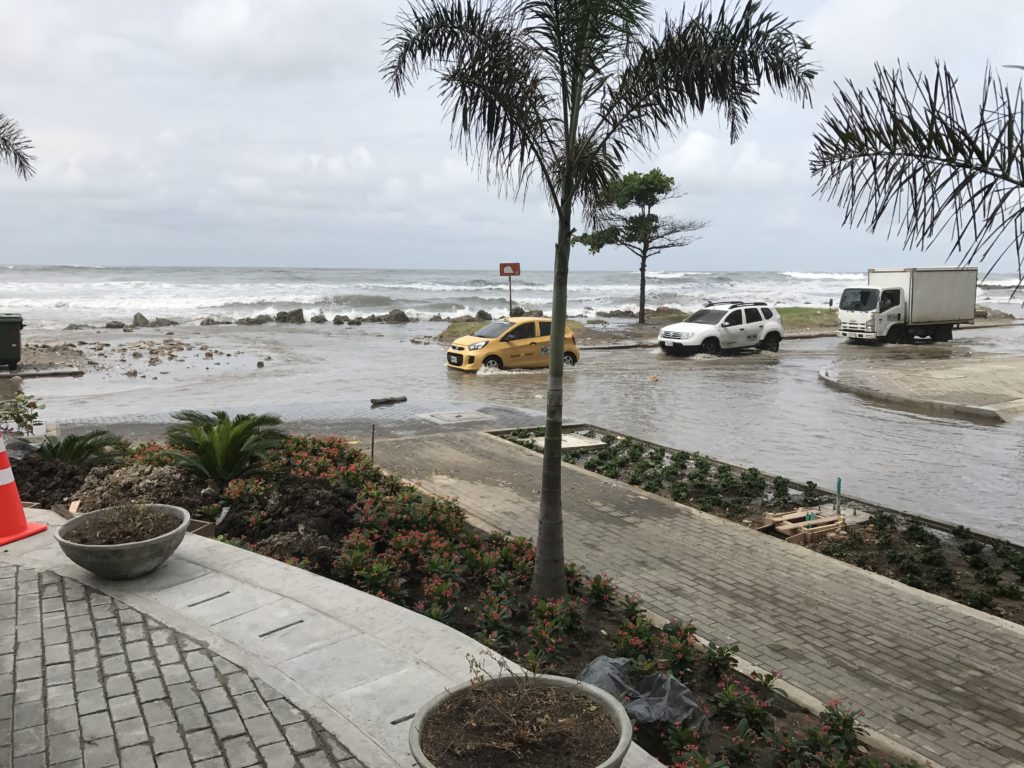 Clearly Alfonso Collantes who sails in similar conditions in Lima Peru was unfazed by light winds and an offset (45 degrees left of the wind) ocean swell sea-state.   Collantes posted a 1, 8, 3 and had nearly 1/2 as many points as his next competitor to end day one.   As challenging as the racing was, the sail between the race course and club would present the most bizarre and unexpected turn of events.

As we sailed over the seawall (built 100s of years ago 5′ below surface “to stop pirates” from entering the Cartagena Harbor), a sudden sound of a breaking wave caught everyone’s attention.  One competitor could be seen surfing 50-75 yards past us (boom over center) just a few boat lengths away.  Several of us were then lifted and brought together rail to rail nearly tossed by the next breaking wave.  Without any apparent wind, boats were turned over and tumbled in the breaking waves leaving 5 worlds competitors with spars bent and sails torn.  The sail out to the race course the following morning would render another top 10 competitor pitch poled backwards with bend spars and sail torn off.

The waves proved to become even more formidable before the hurricane made landfall late Wednesday.   An apparent depth drop off from 25 -100 feet (near mark 1) would become a spectacle where waves were close if not all of 20 feet.  These conditions left some competitors feeling “the bottom dropping out.”   Conditions for most were highly disorienting lacking enough apparent wind (particularly upwind on port tack) to feel the boat.  Reverse helm was prevalent where the boat would move sharply away from what little breeze there was causing the sail to backwind completely.  At peak ebb nearly 2 knots of current stripped sailors of their ordinary senses.  Of course there were some “far less fazed,” and Collantes took his enormous lead and never looked back.  Winning 7 of the 15 races left nothing to doubt in what would become a clinic for world class sailors and former champions! Bravo Alonso!!